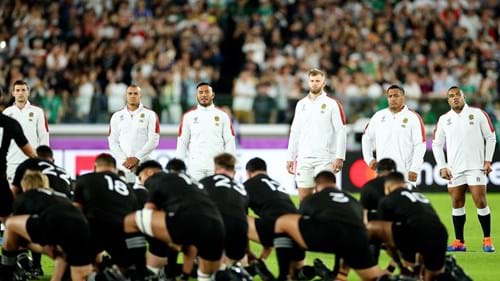 Rugby fans across the UK can now sign up to be part of the world’s greatest rugby tournament when official ticket-inclusive travel packages go on sale with England Rugby’s very own travel company early next year.

It is almost a year to the day since thousands of England Rugby Travel clients saw Eddie Jones’s team reach the final of Rugby World Cup 2019, Japan with more than 100,000 fans having had the opportunity to follow England over four previous tournaments thanks to their range of ticket-inclusive travel experiences.

The 2023 tournament will mark the 10th anniversary of Rugby World Cup and the 200th birthday of the sport itself. Anticipation is already rising for what is now the third largest sporting event on the planet after the Olympic Games and the football World Cup with, the all-important pool draw set to take place in Paris on the 14th of December this year.

England Rugby Travel will be launching packages in early 2021 for England fans keen to secure incredible rugby experiences, special events and the chance to discover the beauty of France. Packages will range from day return coach and accommodation options to a wide variety of games, to extended multi-night stays, offering the unique opportunity to combine a break in some of France’s most beautiful cities with the chance to cheer on England throughout the tournament.

England Rugby Travel’s range of packages and exclusive special events featuring the biggest names in rugby will give fans the opportunity to fully immerse themselves in the sights, sounds and tastes of French culture; from pre-game vineyard visits and luxury hotel stays, to unique gastronomic experiences.

The Rugby World Cup 2023 will see millions of fans from across the world gather to experience the finest in world rugby between 8 September, 2023 to 21 October, 2023, with 10 host cities – including Bordeaux, Paris and Nice - set to welcome fans with open arms.

“It’s great that England Rugby Travel will be supporting our fans and providing some amazing experiences at France 2023.

Justin Hopwood, Chief Commercial Officer at England Rugby Travel, added: “We are absolutely thrilled to be chosen as an Official Travel Agent for the biggest event in world rugby.

“Our aim is to give fans the closest association to England Rugby as possible, with exclusive and unique access that, alongside our great range of packages and exemplary customer service, make us the obvious choice for fans who want the best range of official, ticket-inclusive travel experiences.

“Over these past four Rugby World Cups, we’ve really got to know England fans and what they want so our packages will be uniquely tailored to offer as many different options as possible for all travelling fans.”

For more information and to keep up to date on ticket launches for Rugby World Cup 2023, register your interest.